Where are the songs of Spring? Ay, where are they?
Think not of them, thou hast thy music too,—
While barred clouds bloom the soft-dying day,
And touch the stubble plains with rosy hue;
Then in a wailful choir the small gnats mourn
Among the river sallows, borne aloft
Or sinking as the light wind lives or dies;
And full-grown lambs loud bleat from hilly bourn;
Hedge-crickets sing; and now with treble soft
The red-breast whistles from a garden-croft;
And gathering swallows twitter in the skies.

I have been involved in voluntary activism since 1993.

I started working in two areas specifically HIV/Aids as well as Homelessness.  I was fortunate to be paid for my work with homeless people.  By contrast, HIV/Aids work was a passion.

I have oftentimes thought about my motivation for getting involved in HIV.  and I think it was borne out of a sense of helplessness in terms of my mother’s ailing health, as a result of depression and alcohol addiction.

I suppose I was driven to do what I could to help others in any way I could. 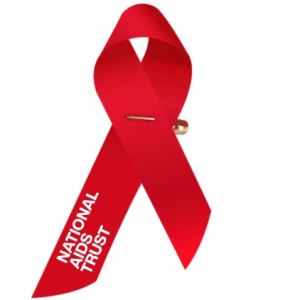 Between 1993-1999 I worked to provide training as well as campaigned and fundraised for HIV/Aids awareness and World Aids Day working in partnership with Bromley Health Promotion as well as the Health departments of Bexley, Lewisham and Greenwich.

This was only a couple of years after Bromley Council, the Local Authority in London Borough where I lived, had failed to apply for an AIDS Support Grant from Central Government, effectively claiming that there was no HIV/Aids in the Borough.  This was obviously nonsense.

Various groups had been campaigning.  There was Positive Place in Sydenham and a group called Outrage too who had blown whistles at Bromley Councillors in the meeting chamber in an attempt to get their attention.  Questions were even asked in the House of Commons, why Bromley’s response was non-existent to the nationwide perceived threat at the time.

Anyway, this seemed like a good cause and I threw myself into it with gusto.  Starting with attending informal training from as many training providers on the subject as I could and reading as much as I could by way of my Compuserve dial-up modem and very basic internet, which at the time was simply full of academic papers.   I was 17 years old.

All of this was back when the best treatments for the disease, combination therapy and in particular when AZT (Antiviral drug), had only just been discovered.  Dosing had not stabilised and the side effects as well as HIV’s ability to become resistant meant that there was a lot of experimentation with mixed results.

In short, folks were still needlessly dying of the effects of the disease.

It is worth noting that HIV was generally an unpopular cause and just being associated with it meant dealing with a great deal of prejudice, but just as was the case in Africa and many other parts of the world, it was this stigma and prejudice associating HIV/Aids and with the gay community, which meant it posed an even greater threat to those who ignorantly considered themselves not to be at risk.

At the time, with gay men, in particular, being hyper-aware and extra safe as a result of the previous 10 or more years of the disease; middle-aged and older heterosexual women were the fastest-growing group of HIV-positive people in the UK in the early ’90’s.

By 1994, my friends and I were involved in peer-to-peer Health education and training and we were even paid to provide quite in-depth training to the Bromley Adult Education department teaching and administration staff.

By 1996, were instrumental in the development of a Multi-Agency Young People’s Drop-in, ultimately called ‘The Zone’ (a name all young people hated, but it was better than two other proposals for the name of the project, one being ‘The Orange Chair Project” and another being “the fractal’) working alongside the Bromley Youth Agency and supported by the indomitable, Jean McLeod, Head of Bromley Youth Services.

Incidentally, Jean encouraged me to pursue a DipSW (a social work qualification with Goldsmiths college), but in truth, I was by then spread a little thin and was in no position to study.  I am also not sure I would have enjoyed being a social worker whose hands are too often tied in terms of what needs they can see, but how little they can actually achieve.  I think I might have found this very frustrating.  But as always that is another story.

Ultimately, starting in 1996, we were encouraged and supported to put on a professional production of Checkhov’s Seagull at the Bromley Churchill Theatre as part of their Community Theatre ‘Big, Big Event’, thanks to the enabling drive of Ian Ross, the Director of the Theatre which at the time was part of the Theatre of Comedy Club, linked to the Shaftsbury Theatre in Holborn, London.  We did all this in the hope of engaging those who might not otherwise pause to think about the disease.

Ian Ross has since gone on to do amazing things, lately being a mover and shaker of ‘The Rye Partnership’, continuing to be a good egg in and around Rye and Ashford in Kent.

Throughout this time, I had been getting to know a woman who managed the Citizens Advice service in Bromley.  Her name was Ann Kinahan and each year she would get us involved in folding red ribbons as events were planned around the 1st of December, World Aids Day.  It was always a good day with Ann, her husband, Geoff, and their three kids – two daughters and a little boy called Peter.

I recall Peter would oftentimes end up wandering about with dozens of red ribbons attached to his duffle coat and he stood out in the high street like a little engaging mascot, raising spirits and surely doing more for our cause than any of the others volunteering on the day! Ann went on to help develop a multi-agency resource centre based in Bromley’s Old Magistrates Court.  It was launched as ‘Community House’.  A one-stop shop for voluntary sector services. The website indicates it is still there, fulfilling and developing beyond its original vision.

Thanks to the wonders of Facebook, I am still in touch with Ann Kinahan who is now retired.  She shares images of her paintings which are lovely and she, with the support of Peter (who is now all grown up) and Geoff, competes in triathlons putting the rest of us mortals to shame as she is, time and again, crowned first in her class.

In 1997, my best friend, Luke Ellis and I were each awarded the Bromley Youth Achievement Award.  The great and the good of Bromley were in attendance and we got to shake hands with the Mayor!  It was a proud moment for me but for my mother too.   I am not sure Dad was too impressed though.

On 20th October 1999, my mother died and my motivation for anything and everything died with her.

I stepped away from the issues of HIV as my life began a new chapter.

Lloyd first came to our notice as a very young teenager keen to be involved with the HIV awareness work we were doing under our contract with Bromley Health in the early 1990s.

His enthusiasm and commitment to a less-than-popular cause was something none of our team had witnessed before in someone so young. He was full of ideas too and we were very pleased to act on many of them.

He was always there to help out with our various World AIDS Day initiatives. His skills were widely recognised and a little later he and his friends were entrusted with the responsibility of setting up The Zone as a young person’s drop-in (a safe place where they could freely discuss more sensitive issues) and with putting on the Checkov play at Bromley’s Churchill Theatre (I think we provided rehearsal space) both of which were truly remarkable.

Lloyd was always ambitious to make a difference on a bigger stage and I would be very keen to support any project to which he gave his name.

It has been such an honour to know him.